What is the role of women translators in the Italian tradition? 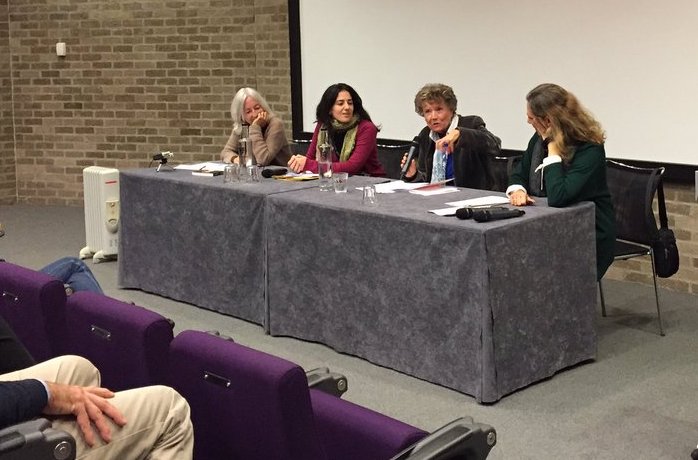 A two-day conference on Women, Language(s) and Translation in the Italian Tradition took place in Cambridge on 7-8 November 2018 aiming to explore women’s roles in the circulation of ideas and the dissemination of knowledge in the Italian tradition, across the centuries, by means of translations. The conference focused on the role of women as translators, as well as, more broadly, agents of all kinds (e.g. translations for women, commissioning of translations by women) in the production and circulation of translations. In the last few decades an expanding corpus of scholarly works and research activities have greatly contributed to extending our knowledge of women’s roles in the history and cultures of translation, especially with reference to England, France, and Germany, whereas in the Italian tradition, the topic has so far not received the scholarly attention it deserves. Crossing linguistic and cultural boundaries, Italian women have translated a variety of genres, from poetry, novels, and plays, to history, biography, conduct literature, economic and legal texts, religious and devotional writings, scientific and philosophical works. Translation has at times been deemed a compromise between women’s artistic aspirations and the perils of authorship of imaginative literature, a way for women to leave their mark in an otherwise hostile literary environment. But, as the rich and fascinating selection of papers given at the conference showed, this understanding of the role of translation for women is limiting. The five sessions of the conference, over the two days, ranged from the late fifteenth century until the present time, with speakers from the UK, Italy, France, Germany, Slovenia, Romania, the US, Canada, and Australia. The last session also discussed the translations of Italian women writers’ works into other languages. All papers were truly original and innovative in their touching upon little-known or unexplored topics, offering a real intellectual feast for all participants.

One of the goals of the conference was to engage the general public in academic discourse. To this aim, at the end of each daily session, the programme included an event open to the community. An additional event launched the conference on 6 November, before the start of the proceedings. The first event, ‘Translation as Music, Music as Translation’, held on Tuesday 6 November, consisted of a talk followed by a concert. The talk was by Professor Jane Tylus (University of Yale) who explored the relationship between language and music by considering the translator as a kind of accompanist and the accompanist as a kind of translator. The concert was organised by Anna-Luise Wagner and Naomi Woo, both PhD students at Cambridge. It included pieces by Bach, Chopin and Brahms, arranged for the occasion, and aimed to show how the accompanist acts as a translator, facilitating and enabling the reception of the soloist’s performance. The second event, a talk by Professor Peter Burke (Emmanuel College, University of Cambridge), offered reflections on the history of the ideas of translation and translatability – between languages, between media, and especially between cultures, together with the problems raised by these practices. Finally, the conference was closed by a talk by the renowned writer, translator and activist Dacia Maraini, followed by a roundtable discussion and a Q&A session with the public. Through anecdotes of her life, Maraini discussed her reasons for becoming a writer and the responsibility that this choice implies. She also reflected on the language used in her works and on the problem of translatability, discussing it with her English translator Jane Tylus. The roundtable offered the audience a unique chance to ask questions to the author and to engage with the issues raised during the talk. All events were very well attended and provided a unique experience to the community and were widely participated and acclaimed by the audience. The two-day conference was followed by a further event (sold out), hosted by the Italian Cultural Institute in London, on 9 November, which saw with Jane Tylus in conversation with Dacia Maraini.

For further details about the conference (with a full programme), and the public engagement events, see: https://www.mml.cam.ac.uk/italian/news/womenandtranslation.