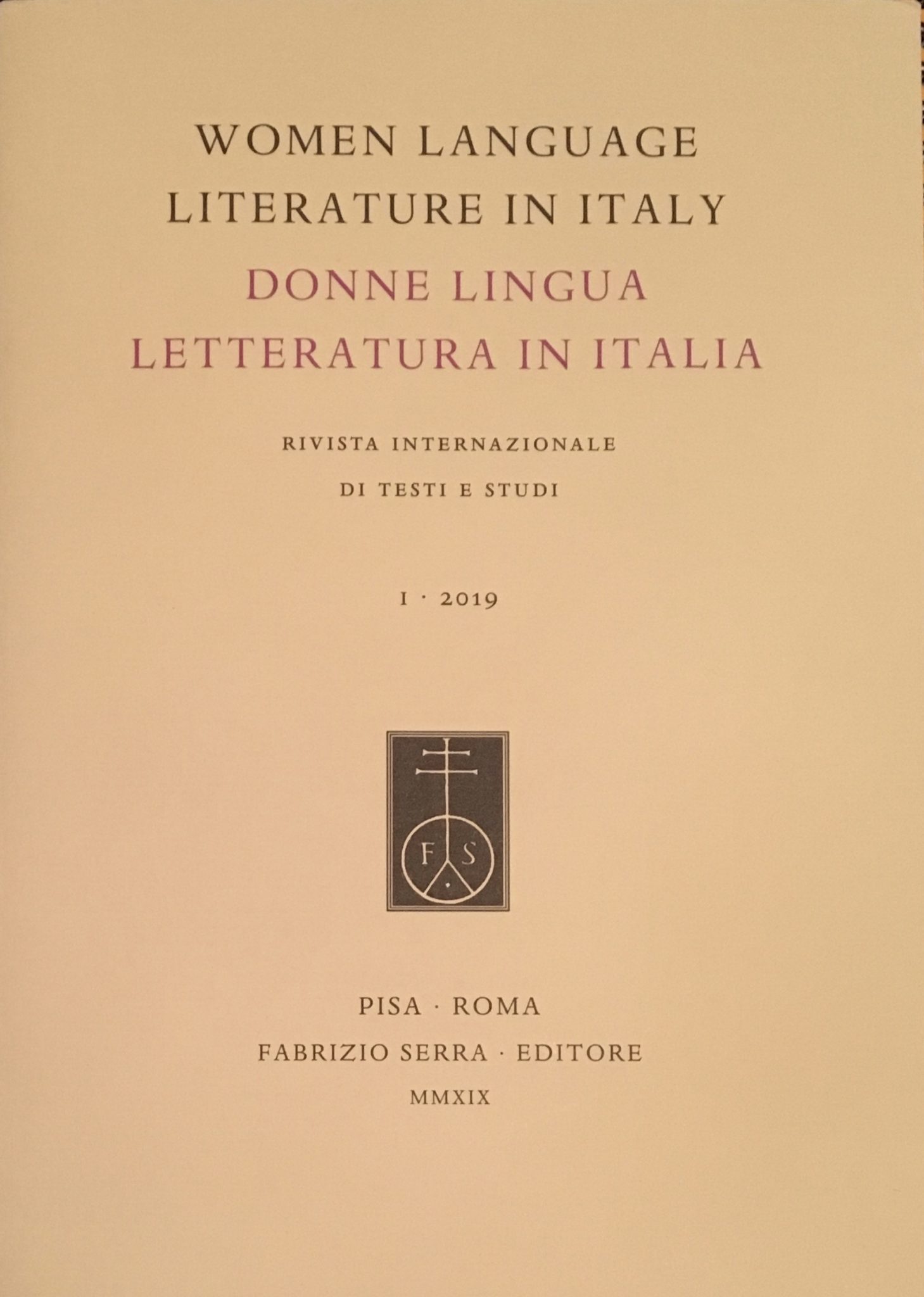 January 2019 saw the publication of the first issue of Women Language Literature in Italy/Donne Lingua Letteratura in Italia, a new periodical in the field of Italian Studies, dedicated entirely to women, language, and literature in Italy, across centuries, from the Middle Ages to the present.

This new interdisciplinary journal welcomes contributions from researchers working across historical periods and across subjects related to women’s studies. It aims to create a fruitful forum for research, concentrating on women, but equally extending its scope and remit beyond the borders of traditional academic disciplines and subjects that can be limiting and, at times, even misleading with reference to women’s life experience. Women Language Literature in Italy/Donne Lingua Letteratura in Italia intends to bring together specialists from across disciplines and transcends boundaries that too often separate literary historians, historians, historians of culture, and historians of language, and seeks to create an effective platform for discussion and exchange. The longer historical period covered by the journal purposely intends to stimulate scholars’ interest in centuries and subjects in which they do not normally work and to enhance our understanding of the characteristics and peculiarities of women’s access and contribution to the world of culture at various moments in history.

Women Language Literature in Italy/Donne Lingua Letteratura in Italia therefore implicitly encourages projects of an interdisciplinary and collaborative nature. The journal publishes articles (mainly in Italian, English, and French, but submissions in other languages might also be considered) that examine women in relation to literature and language in Italy, within both lay and religious contexts; the representation of women and the interpretation of their nature and roles within these fields by both male and female authors; women’s education in Italy and their access to Italian language and literature outside Italy. Women Language Literature in Italy/Donne Lingua Letteratura in Italia also publishes short editions of texts for and about women (e.g. conduct literature texts; texts on education), composed by male and female authors, in manuscript and print, often not easily accessible.

The journal, which is double-blind peer reviewed, has one annual issue and is published by Fabrizio Serra Editore, Italy’s foremost publisher of scholarly journals. To submit an article for consideration, you can write to the editor-in-chief, Dr Helena Sanson (Clare College, University of Cambridge) at: hls37@cam.ac.uk.