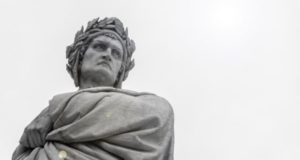 This conference, organized by the research centres LIS and IDEA at the University of Lorraine (Nancy), is part of the research project MODA (La Mondialisation de Dante / Dante’s Globalization) created and run by Giuseppe Sangirardi (LIS) with the collaboration of Antonella Braida (IDEA). Launched in 2018, MODA has already resulted in the organization of conferences and invited speakers (the proceedings are forthcoming); the project is now moving into its last phase, with three planned international symposia.

The aim is to create a map outlining the different levels of reception of Dante’s work in contemporary culture, starting from the 19th century; its main focus will be a) the geographical widening of the reception process b) the increase in variety of reception modes and finally, as the main objective of the project c) the creation of digital mapping tools to provide a comprehensive view of the results and data obtained by the research project.

An application for funds and partnerships is under consideration by the Comitato nazionale per la celebrazione dei 700 anni dalla morte di Dante.

-Section 1:Distant Europe. The aim will be to study literary reception in its various forms (criticism, rewriting and intertextuality, imitation and other forms of literary afterlife) from the 19th century to the present times, with a particular focus on countries and cultural areas outside the four major centres of the nineteenth-century Dante cult – Italy, Germany, Britain and France – and thus outline a preliminary map of the spread of Dante’s reception, in order to understand its dynamics and rationale.

– Section 2:Outside of Literature. The aim will be to focus upon Europe as a whole, but with special attention to countries ‘at the periphery’ and (less studied in this context) the modern reception of Dante outside of literature (starting from the 19th century), from the visual arts, to cinema, drama and music, from graphic novels and comic strips to street art, and to the forms of communication more strongly influenced by commerce and marketing, like advertising, the production ofgadgetsand goodies, etc.  that may be approached from a semiotic, sociological or more generally cultural angle.

-Section 3:Archives.The object of study will be the traditional forms of archival approaches to reception (bibliographies, printed repertoires, research publications) and especially the innovative archival forms of storage linked to the digital technologies (websites, social networks, online platforms), the aim being to start with a review of existing material and produce new original and functional multimedia outputs.

The conference will take place at the Université de Lorraine, Nancy, on 15 and 16 October 2020. Papers can be submitted in French, Italian and English.

The organizers will provide funding for accommodation and meals; the costs of transport will be covered by the participants (however, once papers have been accepted and confirmed by the organizing committee, contributors having real difficulties in funding their travel fares should apply with the organizers for partial funding, in case sufficient funds should be available).