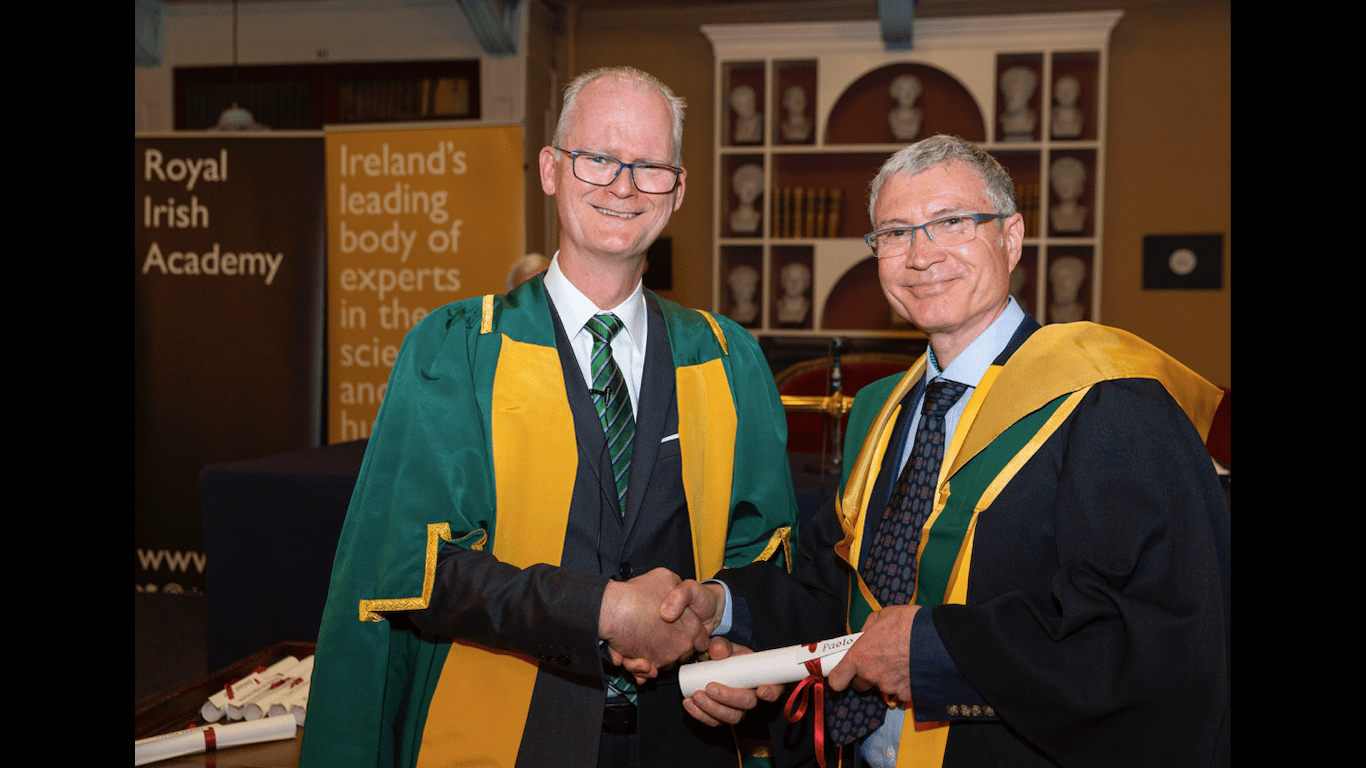 Our warmest congratulations to Prof. Bartoloni for having been elected as a Member of the Royal Irish Academy.

He is the first Italianist to receive such a prestigious award. In the picture, Professor Peter Kennedy and Professor Bartoloni during the election ceremony.

This was the citation:

Paolo Bartoloni is professor of Italian at NUI Galway. He is a leading cultural theorist who has made significant contributions to international scholarship in the areas of comparative literature, translation studies, contemporary philosophy and Italian cultural history. He has written extensively on major European intellectual figures such as Giorgio Agamben, Martin Heidegger, Walter Benjamin and Italo Svevo, and his the author of four monographs, three edited collections and over 60 referred articles in major international journals.