Rethinking the Italian Renaissance: A conference in memory of Paola Tomè 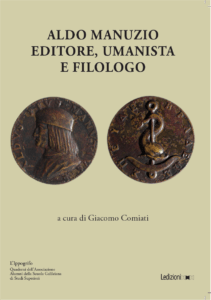 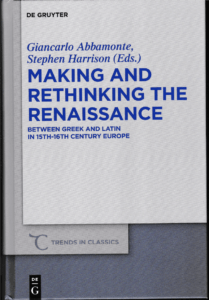 The conference in honour of Paola Tomè – organized by Marta Celati (Warwick), Giacomo Comiati (Oxford), Simon Gilson (Oxford), Stephen Harrison (Oxford), and Martin McLaughlin (Oxford) – that took place in Oxford on the 24th of September 2019 was a considerable success. The event, which was free to the public, was attended by a large audience of scholars from different disciplines (mirroring the interdisciplinary focus of the conference and Paola’s links with people across various academic fields) and many of her friends and family members from across Europe, including the UK and Italy.

The five speakers at the conference were Rebecca Bowen (Somerville College, Oxford), Marta Celati (Warwick), Alessio Cotugno (I Tatti, Harvard University), Giada Guassardo (Balliol College, Oxford), and Maria Pavlova (Warwick). All are young scholars who had contacts with Paola during her academic career: they all have links with Oxford and/or Warwick, the UK Universities where Paola held fellowships. Each early-career speaker had been paired with a senior scholar from Italy or the UK who had links with Paola and who gave their time and expertise in order to honour her memory (respectively, Rebecca was paired with Maude Vanhaelen from the University of Warwick, Marta with Fabio Stok from Università Roma Tor Vergata, Alessio with Giancarlo Abbamonte from Università Federico II of Naples, Giada with Stephen Harrison from the University of Oxford, and Maria with Natasha Constantinidou-Taylor from the University of Cyprus). Each senior scholar had read the paper beforehand and given feedback. This reflected Paola’s keen interest in pedagogy as well as in research, and her helpfulness towards more junior scholars.

The event was concluded by a moving music recital by Rossella Maria Bondi, accompanied at the piano by David Palmer. As a close friend of Paola, Rossella chose five pieces of classical music (by Scarlatti, Caccini, Sacco, and Di Giacomo) that echoed significant moments of their relationship and aimed at recalling Paola’s love for music, art, and life.

The event was sponsored by several bodies to whom we are very grateful: The Society for Italian Studies (including a travel bursary for a postgraduate student); The Centre for the Study of the Renaissance of the University of Warwick; and from Oxford: The Faculty of Medieval and Modern Languages, The Centre for Early Modern Studies, The Jowett Copyright Trust of Balliol College, and Corpus Christi College.