Skip to content
SIS - The Society for the Italian Studies 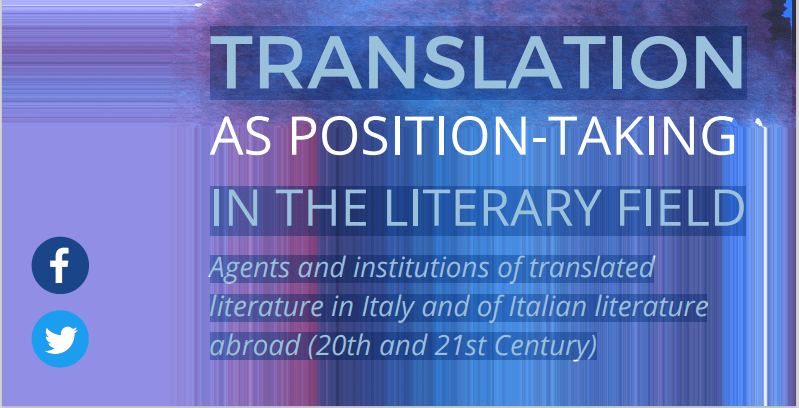 Translation as Position-Taking in the Literary Field 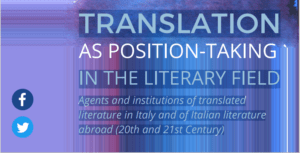 Translation as Position-Taking in the Literary Field. Agents and institutions of translated literature in Italy and of Italian literature abroad (20th and 21st Century)

The aim of the conference is to foster critical discussion on translated literature as part of the target literature, by focusing on literary institutions (publishing houses, book series, journals) and agents (translators, literary agents, editors), and the composite sociocultural factors driving the selection, production, and publication of literary translations. “Calling into question the politics of canonisation and moving resolutely away from ideas of universal literary greatness”(Bassnett and Trivedi 1999), we are particularly interested in social categories of writers who have been dismissed by literary critics who insisted on “the autonomy of the aesthetic” (Bloom 1994); in other words, writers who challenge the ‘Western canon’.

The conference aims to explore the mechanisms of reception, dissemination, recognition and popularisation in the Italian literary system of foreign literature. This will include literature by women authors in translation, by feminist translators, authors from non-hegemonic/non-central languages, non-white, minoritarian and marginalised authors/groups and collectives. We are also interested in similar mechanisms by which Italian literature is translated and received beyond Italy.