The event will be in English and in person

The full programme is available at this here

While Primo Levi is mainly known mainly for his painstaking and harsh books about his imprisonment in Auschwitz, he also wrote two collections of short stories that can be labelled as science fiction: Storie naturali (1966) and Vizio di forma (1971). A chemist by training, Levi wrote these stories at a time when science fiction was still perceived as unworthy of attention by Italian intellectuals—to the extent that Storie naturali was initially published under a pseudonym. In both books, Levi uses science fiction to investigate the ethical implications of technological progress and probe its hidden and inherent flaws while adopting a tone that was only apparently light. The eerie effect reached by many of these short stories is due to a strong clash: the literary genre was considered superficial and disengaged by the vast majority of Levi’s contemporaries, and yet the writer addresses crucial existential questions in his narrations of clones, intelligent technologies, mutant animals.

By drawing attention to Levi’s contributions in science fiction, this one-day conference aims to contribute to reshaping the scholarly reputation of this genre within Italian Studies and to question Levi’s perception vis-à-vis his position within the hierarchy of genres. This event brings together some of the most renowned scholars who have explored the intersections between his work and science fiction. The speakers will dialogue with early-career researchers and established Levi scholars to foster the debate on this new area of research and explore it from an interdisciplinary perspective. 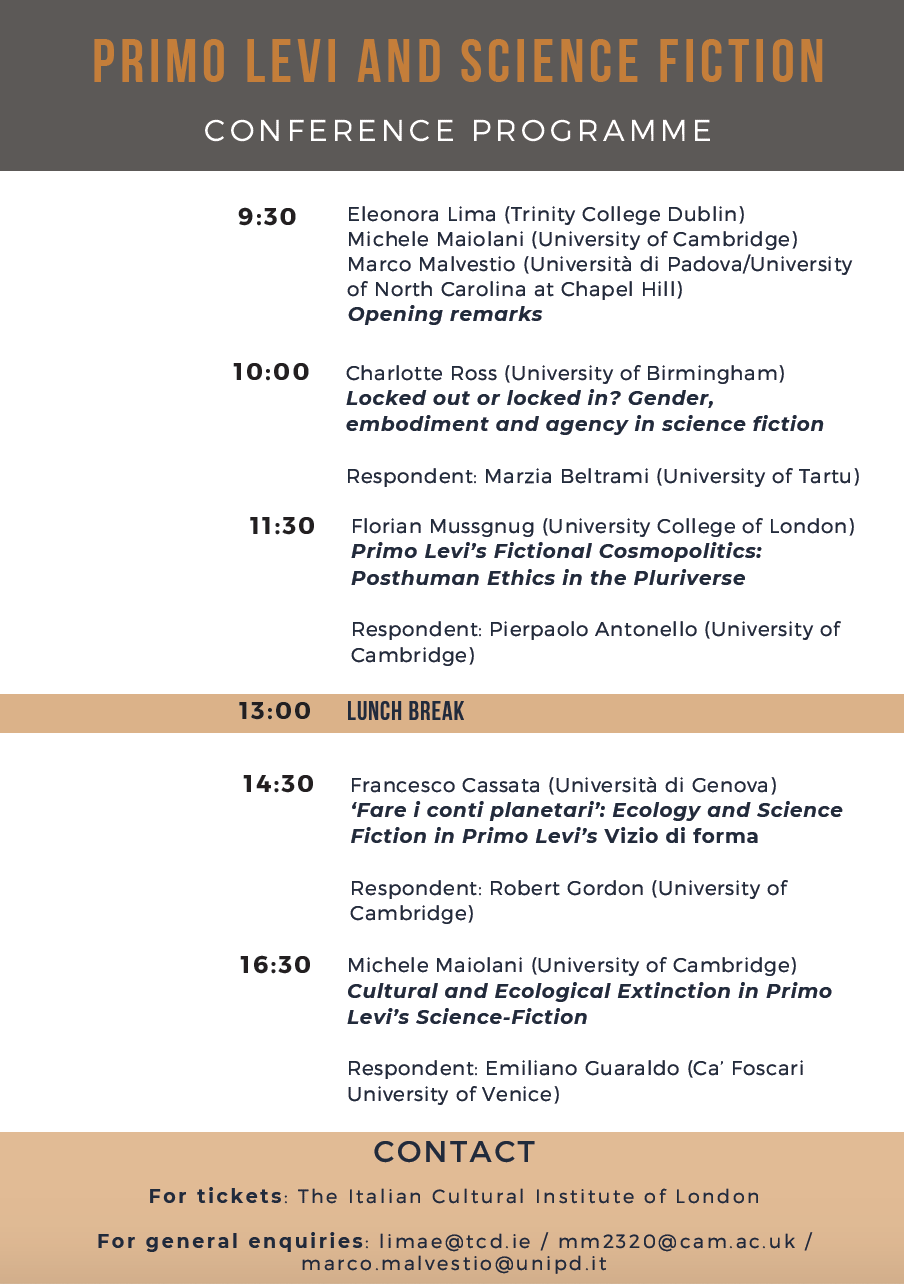